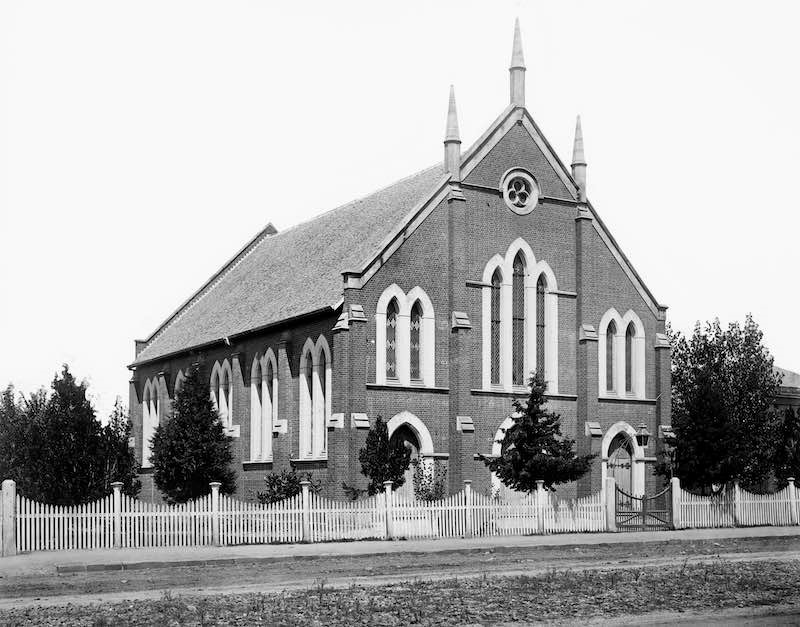 The Royal Australian Historical Society has shared the great news of the listing of Bathurst City Uniting Church and Chapel on the NSW State Heritage Register.

The heritage listing includes the 1860 church and 1837 chapel, which is the oldest surviving Methodist chapel in NSW. The two historic buildings share associations with key figures in the history of the Methodism in Australia.

The Methodist denomination has a long history in Bathurst, with the town’s first known church service led by Reverend Walter Lawry in 1820. However, it was the influence of Wesleyan Methodist missionary Joseph Orton in the early 1830s which led to the establishment of Bathurst’s Methodist Church.

According to his entry in the Australian Dictionary of Biography, Orton played a key role in the survival of the Methodist tradition in Australia: ‘Arriving late in 1831, he began to infuse order and new life into the struggling church. … In 1832, he made the first of four journeys across the Blue Mountains … preaching to all and sundry along the route, including the chain-gangs.’

The church and chapel continue to serve the Bathurst community today.