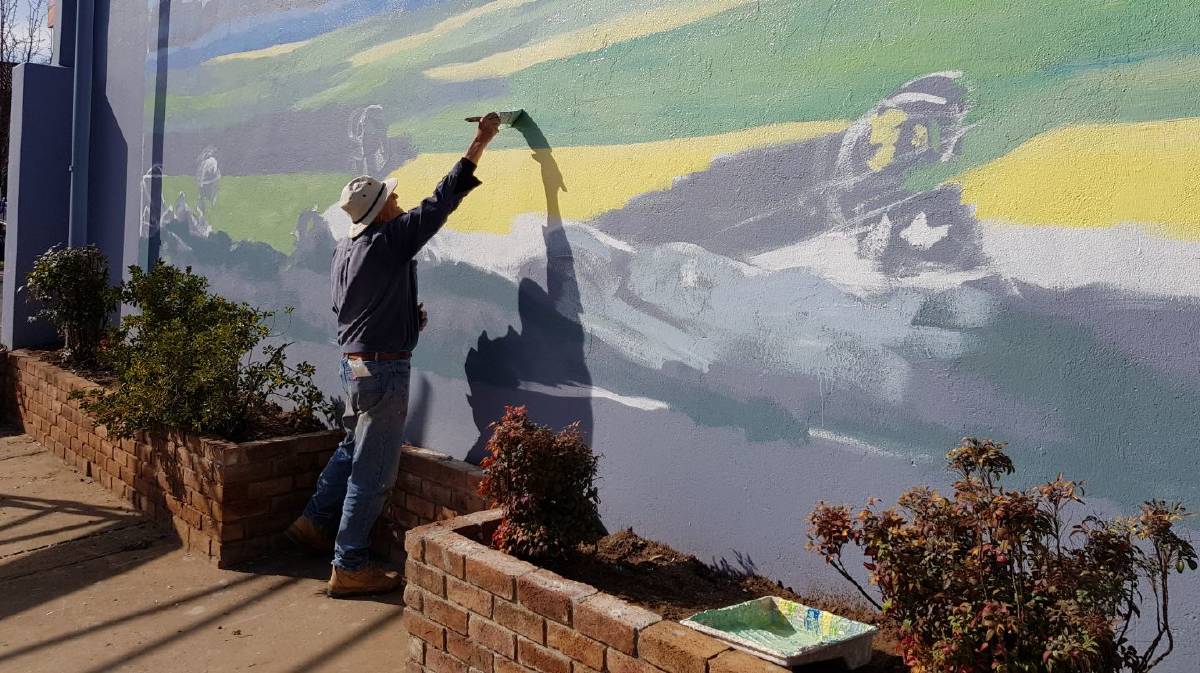 Artist Glenn Morton has installed a new mural in Kendal Street that puts the yellow and green canola fields of Cowra front and centre.

The new work will replace a mural painted by Cowra artist Glenn Morton 25 years ago, on a wall of the building which formally housed the Australiana Corner, now used by The Strength Collab. The old mural had suffered extensive water damage and was unable to be saved.

New building owner Allan Vorias commissioned Mr Morton to create the replacement mural and received $5000 from Cowra Council to assist with the work.

Mr Morton said the scene is made up from a number of paintings of properties across the Cowra district.

“What we are trying to depict here is just a good season, early spring with canola, varied crops and I happened to capture this scene in a smaller painting, I saw a storm,” he told the Cowra Guardian.  “This is a compilation of a number of scenes that I’ve painted on properties on commissions I’ve had… I’ve probably used three or four scenes from properties around here together to make a mural that’s typical of Cowra.”

Read the full story, including some great images of the original mural being painted 25 years ago, in the Cowra Guardian.