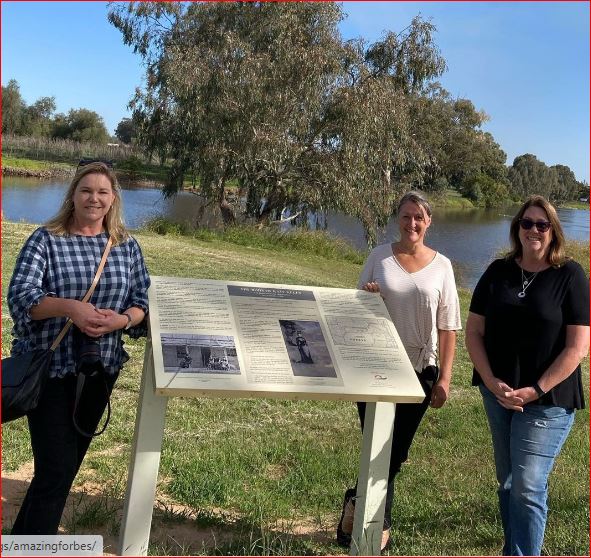 Author Rebecca Wilson this week launched her debut book, Kate Kelly, the true story about Ned Kelly’s little sister, in her hometown of Forbes. Locals have rejoiced at the launch of this book and having this incredible story be told.

“When I was a young person growing up in Forbes in the central west of New South Wales, my uncle told me that Kate Kelly, the younger sister to renowned bushrangers Ned and Dan Kelly, had lived in the town for a number of years. But it wasn’t until 2010 that I discovered that the teenaged Kate had ridden as a decoy for and delivered news and supplies to the Kelly gang when they were on the run in north-east Victoria from 1878 to 1880. I was instantly intrigued, and jumped down the rabbit hole of research, hot on Kate’s heels,” Rebecca told The Guardian newspaper.

“One aspect of Kate’s story that intrigued me was the mystery surrounding her death. Kate had arrived in the region in 1885 and was employed at Cadow Station, in Forbes, as a domestic servant under a false name. I was shocked to discover it had been my relatives who hired her. After playing a significant role in the saga of her brothers and suffering relentless fame as a consequence, Kate was found dead in a waterhole in October 1898, leaving behind three young children and an infant. Perhaps her attempts to disappear from the public eye are the reason her story is not remembered very well in history’s pages?”

Councillors Michele Herbert and Jenny Webb attended the launch in Forbes on the 15th April 2021.

“I congratulate Bec on the launch of this wonderful book,” says Forbes Shire Councillor, Michele Herbert. “I think it is so important we tell the stories of the past and keep our history alive for future generations. I want to thank Bec for her passion in telling this story and for the rabbit warren she had to endure to find out about Kate’s amazing life and her time in Forbes. The site of where Kate’s body was found by the Lake has a plaque which tells her a small part of her story. It is well worth the visit.

“With my work on the Heritage Trail we have discovered so many wonderful stories from Forbes’ past and it truly feels like we are part of a movie script sometimes. This year we are working with local oral historian Rob Willis to bring our Heritage Trail to life with a dozen videos and oral recordings. By December we will launch the first four of these videos which will be accessed by a QR code at the various sites. We cannot wait for everyone to see them, they are great!

“The videos are not of one particular time period but of several and some of the interesting aspects Rob has been able to discover makes you want to know more. We are working closely with the Forbes Historical Museum, Family History Group and locals to ensure we have the stories right. Rob has also been able to track down old newspaper clippings, music and photographs to bring the stories to life. He has even managed to bring some humour into the stories as well, which I love, as it helps people remember some of the facts if there is a funny story attached to it.”

Forbes Shire Council will be holding celebrations for the upcoming Heritage Week with Festival in Victoria Park from 10am – 2pm. Council will be providing a sneak peek at the new Heritage Trail videos at this festival.