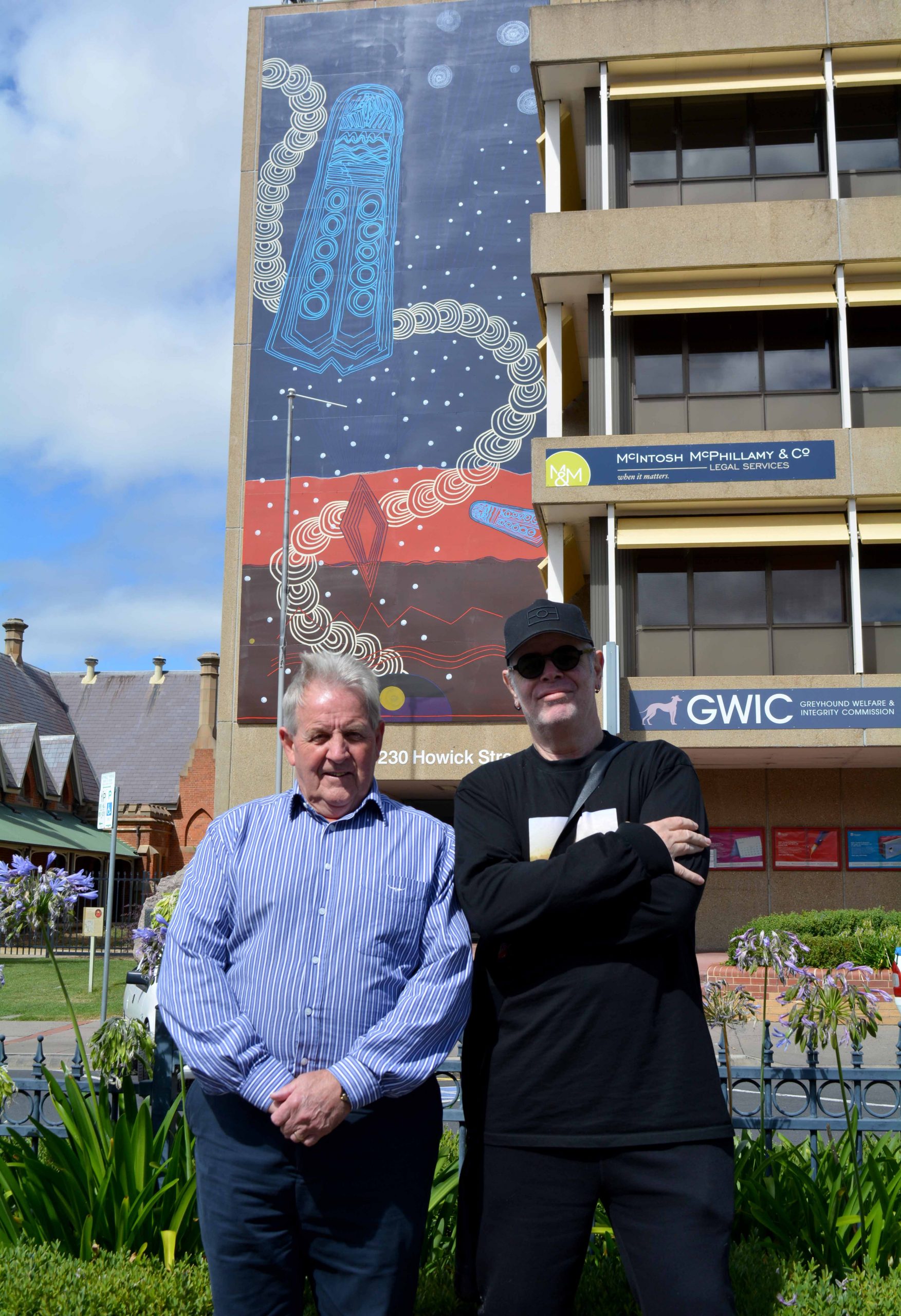 A major mural by Wiradyuri artist Birrunga Wiradyuri has been installed on the Post Office Building on Howick Street Bathurst as part of the Streets As Shared Spaces Program.

“Public art is all about storytelling and connection to place. This mural tells an important creation story, highlights the role native bees play in the environment, and celebrates the diverse cultural heritage of our community,” he said.

The mural was painted by Birrunga Wiradyuri with Kane Brunjes and Stevie O’Chin, young First Nations artists who Birrunga mentors through the Birrunga Gallery’s three-year Cultural Creative Residential program. This mural was undertaken in consultation and collaboration with the Bathurst Wiradyuri Elders, the Traditional Custodians of the Bathurst region.

Birrunga Wiradyuri’s mural tells the creation story of the blue banded bee as told to him by his Elders:

The important role the blue-banded bee plays in the ecosystem holds special significance for the Wiradyuri. Other elements of the mural design explore the five aspects of the Wiradyuri central lore of Yindyamarra: to do slowly – to be polite – to be gentle – to honour – to respect.

The program aims to improve public spaces in urban areas to create places for social interaction, improve health and wellbeing, and offer communities a sense of identity and character.

For more information about the mural visit: www.bathurstart.com.au/public-art