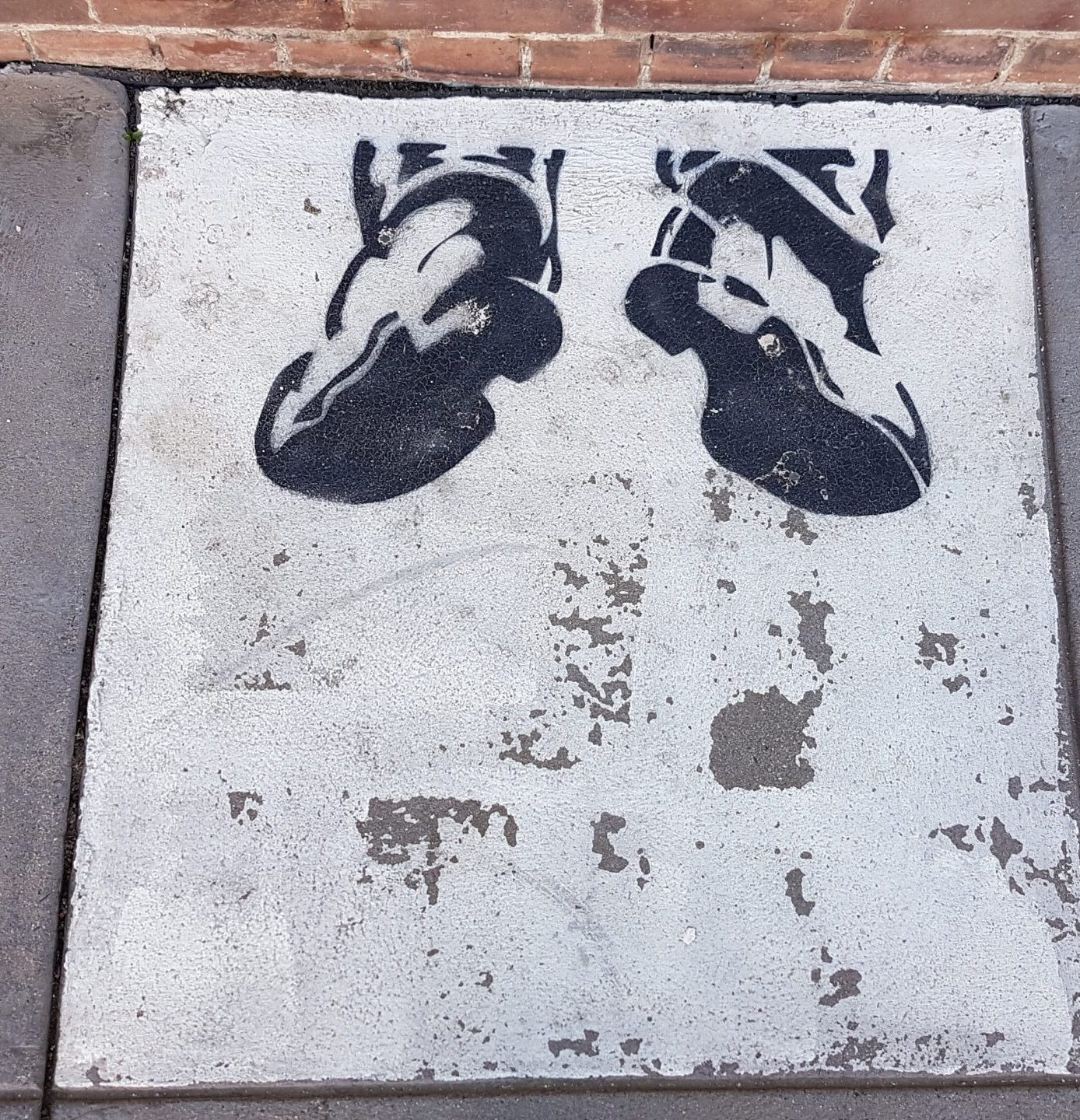 Next time you walk down William Street Bathurst make sure to look down: There’s five hidden street art stencils on the footpath, telling the gruesome stories of the city’s convict past.

The Bathsy200 project was run by Bathurst Arts Council in 2015 as part of the city’s bicentennial celebrations.

Bathsy200 was inspired by Banksy, the British street artist. It was a competition open to people from Bathurst of all ages to find five stencils interpreting some specific historical events, places identified with the help of historian Robin McLachlin (who came up with the idea of the project).

The chosen artworks were made into stencils and spray painted onto the pavement in the Bathurst CBD (with help of Bathurst Regional Council’s roads team who were more use to spraying double yellow lines than detailed stenciled artworks!). The stencils are now maintained by the council on a long term basis – although do take a bit of wear and tear from feet and weather.

The locations and stories marked by the works:

The Ribbon Gang On 2 November 1830, ten men were publicly executed on gallows near this part of town – although exactly where no one knows. They were the Ribbon Gang, so named for the ribbons worn in the hat of their leader, Ralph Entwistle. All were convicts who had taken up arms in late September in protest against their treatment. It wasn’t much of a rebellion – all ten were quickly caught and very publicly hung.

The Convict Barracks. This is where the convicts lived in the early European settlement of Bathurst. These were in the triangle of land behind the corner of William and Keppel Streets (again, no exact spot is known). There is two versions of this stencil: near the government office block on William Street and outside the Deeper Sleep shop on Keppel St. This artwork was designed by Miranda Gott.

See pinned it on the map.

The End of Cox’s Road. Cox’s Road was the first road over the Blue Mountains and ended at Bathurst. The stencil is on William St outside Jack Holman’s Menswear shop. It is representing the approximate route of Cox’s Road. This artwork was designed by Will Hazzard, who was 14 years old at the time.

See it on the map.