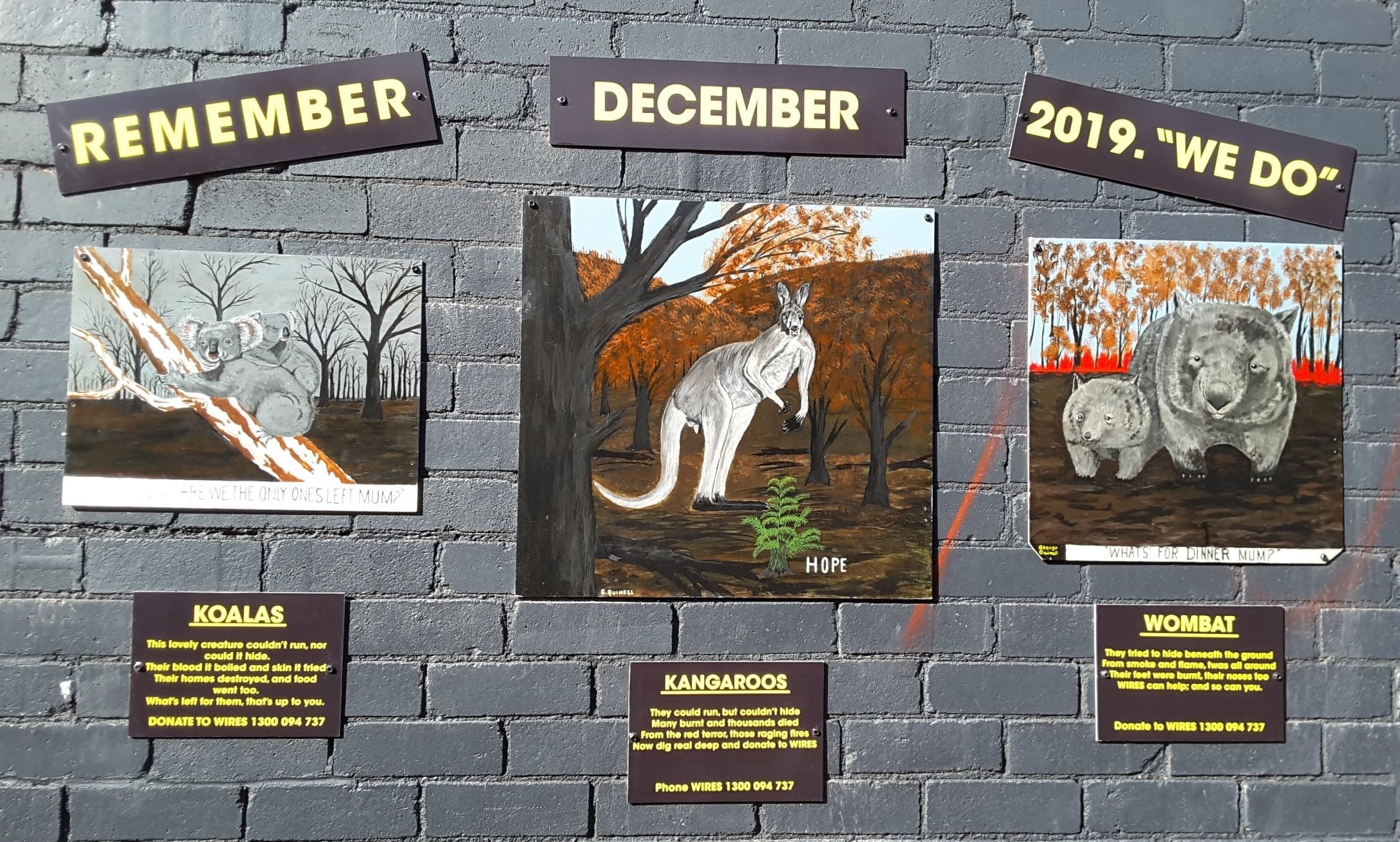 Remember December 2019. Lithgow Tidy Towns has installed a new installation on the eastern side of Gallery Lane in the Lithgow CBD.

It is the work of George Quinell, a foundation member of Lithgow Tidy Towns, which began in August 1988 and continues to promote our Lithgow Community.

Find all the Lithgow Laneways works on the PUBLIC ART map.

“George is a very talented self-taught artist with work already displayed in Secret Lane in Eastern Main Street. His sensitive response to the devastating bushfires in December 2019 in the Lithgow area was to put his artistic talents to work to reflect the impact the fires have had on the native fauna, in particular the wombat, the kangaroo and the koala.

“George Quinell is a foundation member of Lithgow Tidy Towns which commenced in August 1988. He is a self taught artist and together with wife Fay (joined 1999) have participated in nearly every Lithgow Tidy Towns project in an effort to enhance the image of the city they love.

“Thanks to Lithgow Quota Club for the donation for this installation.”