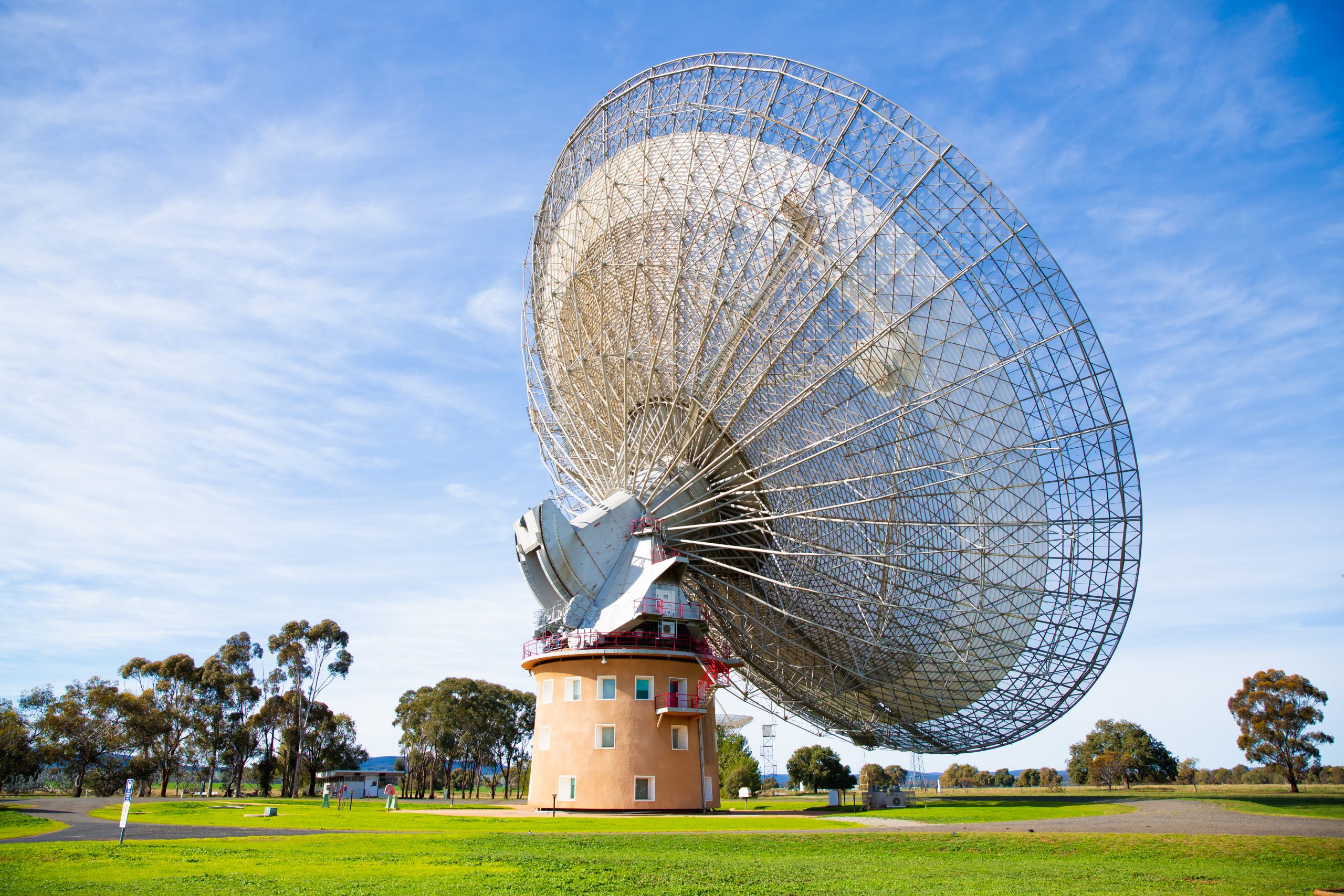 Construction of the 64-metre diameter telescope at CSIRO’s Parkes Observatory was completed in 1961, an achievement of engineering and technical design.

Now almost 60 years old, the Parkes radio telescope continues to be used by Australian and international astronomers in the search for answers to some of the Universe’s greatest scientific questions.

The telescope is best known, however, for its role in supporting NASA’s missions to explore our Solar System.

In July 1969, alongside NASA’s Honeysuckle Creek Station near Canberra, the telescope played a key role in receiving the television signals from the Apollo 11 mission to the Moon and sharing this technological feat with 600 million people around the world.

Minister for Industry, Science and Technology Karen Andrews said the Parkes Observatory is a key part of Australia’s scientific capability.

“The Dish is part of Australia’s proud cultural and scientific history and to this day continues to serve as an important tool in our understanding of the Universe,” Minister Andrews said.

“As Australia again plays a critical role in the next efforts to put people on the Moon, and go on to Mars, this listing couldn’t come at a more appropriate time.”

“Australia has a long and proud history of science-driven innovation, from our first digital computer – CSIRAC, to the first air defence radar which helped to pave the way for the new field of radio astronomy after World War II, and more recently the development of fast Wi-Fi that connects people across the world to the internet,” Dr Marshall said.

“While the Parkes telescope may be old enough to qualify for the National Heritage List, it continues to operate as one of the world’s leading astronomy instruments, observing the Universe day and night, seven days a week, with the most advanced radio receiver systems in the world.”

Its instrumentation has been continually upgraded so the telescope is now 10,000 times more sensitive than when it was first built.

Using the Parkes telescope astronomers have found most of the known pulsars, rapidly spinning neutron stars, and identified the first ‘fast radio burst’, a phenomenon that researchers around the world are racing to explain.

Professor Naomi McClure-Griffiths from the Australian National University spent over 2000 hours observing the Milky Way using the Parkes telescope for the Southern Galactic Plane Survey and the Galactic All Sky Survey.

“Parkes was the very first telescope I visited as a student and it has remained a constant companion throughout my career,” Professor McClure-Griffiths said.

“I have exploited its incredible sensitivity to reveal the Milky Way’s interstellar gas in all its glory.

“As far as telescopes go, Parkes was my first love – a love that has been kept alive through CSIRO’s outstanding instrumentation on this grand icon of radio astronomy.

“Parkes is as much a marvel of engineering now as it ever was.”

“It holds a special place in all of our hearts,” Cr Keith said.

“The telescope has attracted an array of talented staff throughout its years, embedding a base of scientific and intellectual knowledge and culture within our region which has in turn further stimulated a scientific interest within the broader community and inspired our young citizens.”

Cr Keith said Parkes’ representation in the hit 2000 Australian movie The Dish enhanced Australia’s interest in the telescope, and the important role it has played throughout history.

“The telescope has certainly cemented its position as an iconic attraction for not only our community, but has gained worldwide attention, and has been pivotal to the growth of the Parkes Shire visitor economy,” Cr Keith said.

Visitors are welcome to CSIRO’s Parkes Observatory, which is open with COVID-19 precautions in place. For more information see www.csiro.au/parkes.