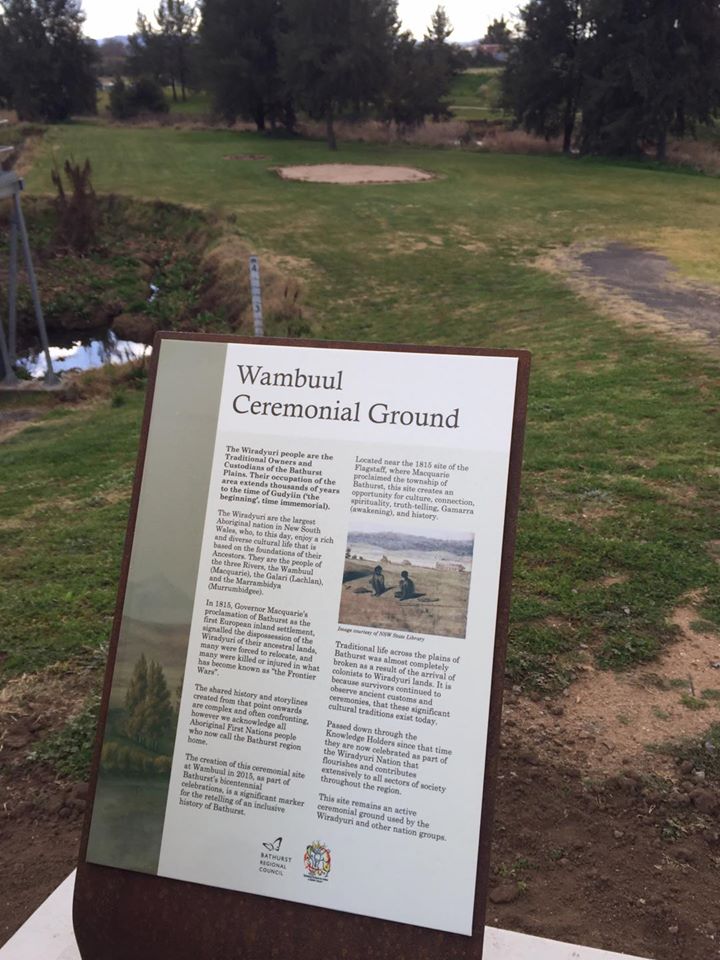 The Wambuul Ceremonial Ground was created on the banks of the Wambuul (the Macquarie River) in 2015 as part of the events that marked the bicentenary of the proclamation of the settlement of Bathurst by Governor Lachlan Macquarie.

In July 2020 the location has been formally signposted.

See the location pinned on the Heritage and the Aboriginal Experiences maps.

An sign details a brief history of the Wiradyuri but it also details the harsh reality that many Wiradyuri people faced when Governor Macquarie and other settlers arrived in 1815.

Their arrival signalled the dispossession of the Wiradyuri. Many were forced to relocate, while many were killed or injured in what has become known as the Frontier Wars.

Elder Yanhadarrambal (Uncle Jade Flynn) said the ceremonial site is an important area not just for the Wiradyuri.

“This particular site is a ceremonial site and is used by Wiradyuri and other Aboriginal people from time to time,” he said.

“It’s also important for all the other members of the community who come down here for their own health and fitness, meditation, just to have a quiet time down by the river.”

Tags: Bathurst
Previous Post #WeWantYouBack to see Utes in the Paddock at Condo
Next Post Claire the Cowra Girl